By carrying out summer activities in 2016, we brought together 230 musicians from 42 countries. The participation of young 20 professors in conductors showed excellent results at 11 symphonic concerts. We reached 14,600 listeners in outdoor concert halls, while our live webcast shows 6342 people from 48 countries.
ORCHESTRA ACADEMY (10 – 18 YEARS)
It brought together children, enthusiastic young musicians from 10 to 18 years old from Ljubljana, Zagreb, Sarajevo, Belgrade and Skopje. Young musicians began their rehearsals in Ljubljana. Young musicians were led by tutors in sectional rehearsals during the first days of the academy, and gradually the program of film music was put together and perfected in orchestra rehearsals. We introduced singing and body percussion into the rehearsal process. Children made and decided the final selection of songs for concerts in three cities, Ljubljana, Zagreb and Belgrade. In numbers: Orchestra Academy attended by 75 musicians from 5 countries. They were trained by 6 tutors. After 20 days and 140 hours of rehearsals, the orchestra performed the film music program at three concerts in front of 10.900 listeners.
Programme:
Film music by J. Williamsa, E. Morriconeja, H. Zimmerja, all arranged by J. Golob 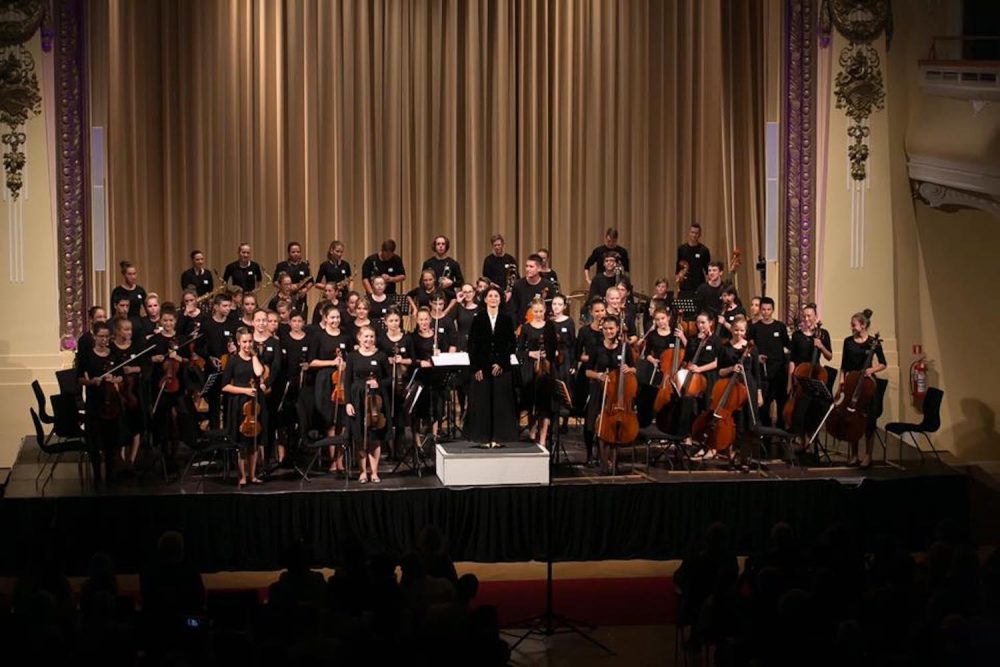 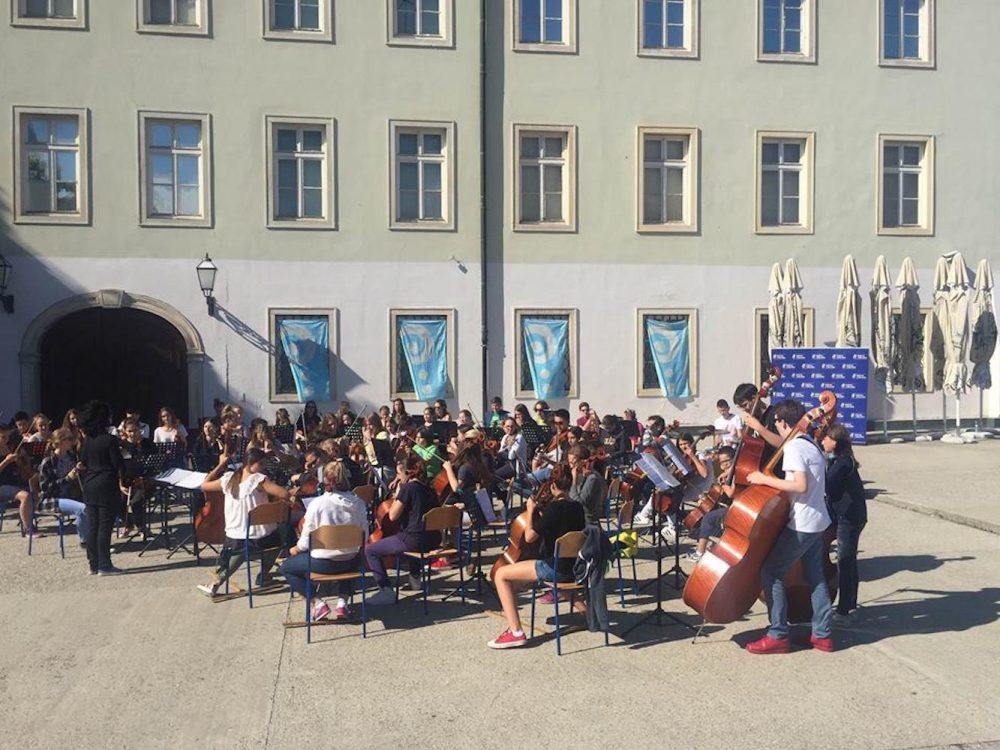 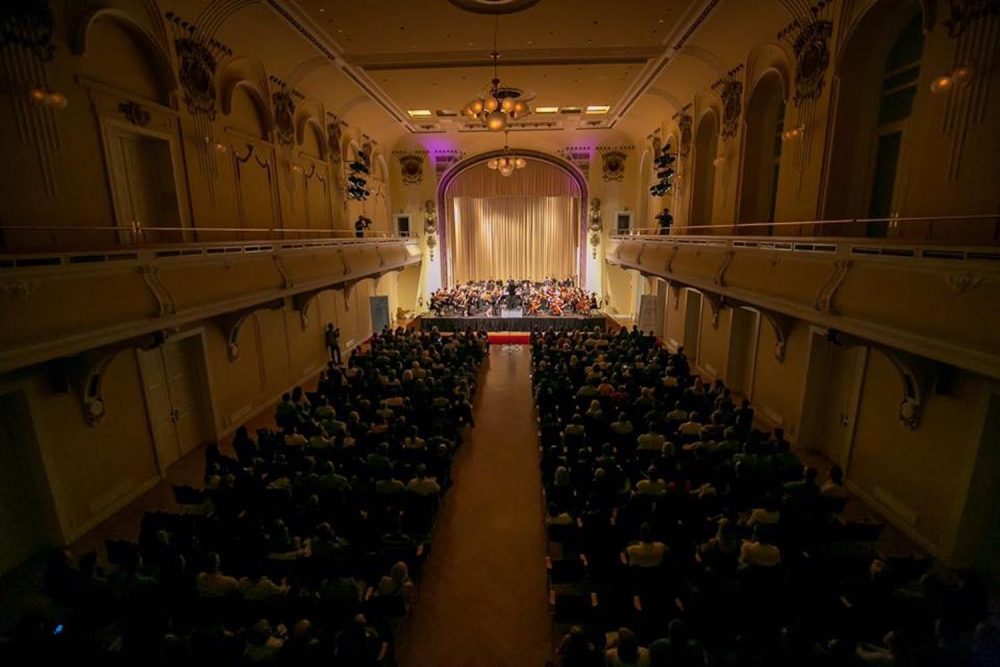 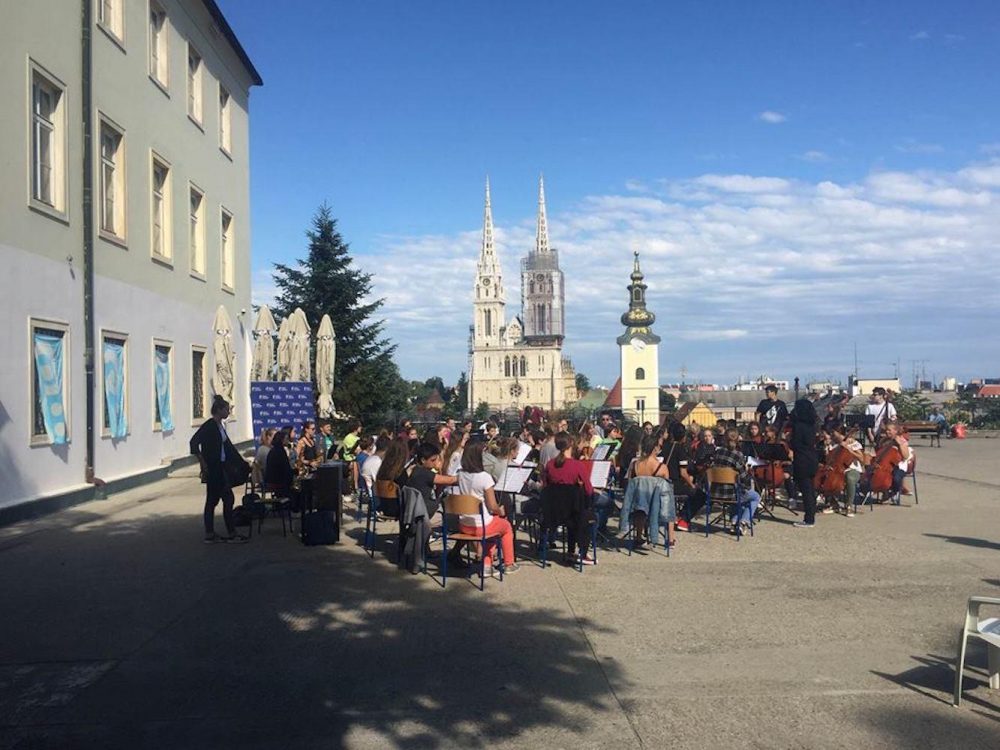 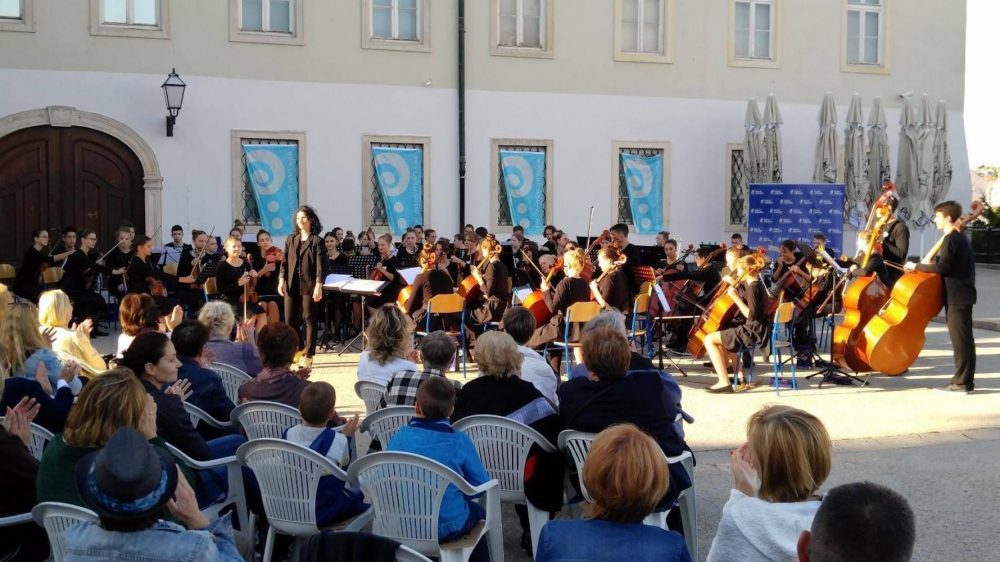